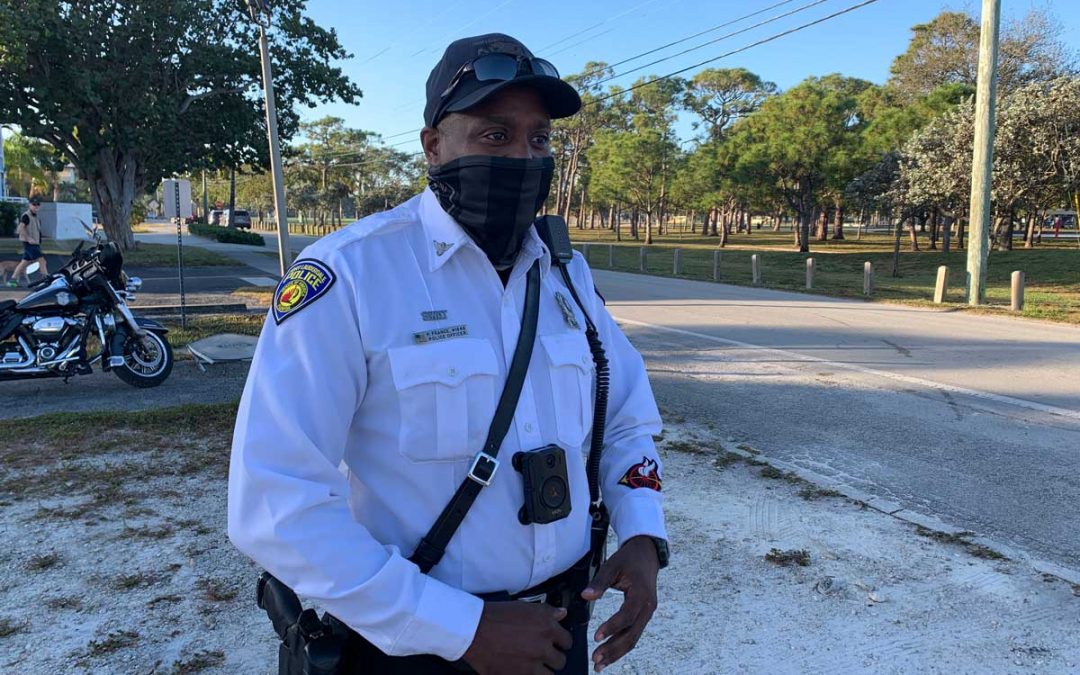 Please accept our most sincere appreciation for the work of Officer Pascal France, badge #1648, of the Fort Lauderdale Police Department SWAT Team. Please let me explain why.

Partly due to the sewer upgrades in the Victoria Park neighborhood, the amount of detoured traffic cutting through Victoria Park Place, our 72-unit townhouse community at 1401 NE 9th St., has grown exponentially. Even though we border Holiday Park and there are many pedestrians walking pets, children, bicyclists, skateboarders and mothers with baby strollers accessing the park from the corner of NE 14th Ave. and NE 9th St., frustrated motorists have learned they can just ignore the stop sign at this corner and run through the intersection without slowing or stopping.

This issue has been an ongoing problem for Victoria Park Place. Our repeated requests to enforce the traffic regulations seemed to have fallen on deaf ears and resulted in nothing more than the city, along with the Victoria Park Civic Association, painting a large graphic pattern at the intersection. The intention was for it to calm traffic. In the interim, the standard traffic markings on the street have seriously deteriorated and are now barely visible. This issue was again brought up by our residents at our most recent Homeowners’ Association Meeting on January 21st. Unfortunately, some of our residents concluded that nothing will be done until there is there is a fatal accident at this intersection.

This morning, less than a week after our meeting, our residents witnessed Officer France issuing citations for drivers running the stop sign at this intersection. Hardly a minute would go by without another citation being issued. To our amazement, motorists who witnessed Officer France’s efforts slowed down and began obeying the stop signs, making note to not run them again.

Many of our residents personally thanked Officer France, who informed us that he had taken it upon himself to enforce the traffic regulations there after witnessing several motorists simply ignoring them. He was professional, modest and friendly and wore his uniform proudly. He personifies the exact model of a police officer we would like our children to remember.

As the father of a 10-year-old boy, who frequently uses the park and infrequently looks both ways before he crosses the street, I can’t thank you enough for allowing officer France the latitude to enforce the traffic laws in our neighborhood where he deems it most necessary, even if our own residents are the ones most likely to be cited for the infractions. His professionalism reflects greatly upon you, his superior officers in the department.

We are posting a picture of Officer France on our Homeowners’ Website and sending this letter to you in the hopes you will recognize Officer France for a job “well-done”. We are also distributing a “Thank You” card for our residents to sign and collecting donations for the Police Officers’ Foundation. Again, our homeowners would like to express how much they appreciate the efforts of your department to ensure their safety and well-being.

On Behalf of the Seventy-Two Families in Victoria Park Place and Sincerely,